“Do good to be better”

“Sir, we are Vanguards, leaders and scholars combined.

We belong to a tough breed of men, rugged, dedicated and uncompromising.

We are men who command action, men on the go.

We aspire to lead in all forms of human activity.

But most of all, we are officers and gentlemen of the finest order, sir.“

These words have been uttered by those of us who have joined the Cadet Corps of the UPROTC and the UP Vanguard Fraternity.

In addition to shibboleths “Duty well performed, Honor Untarnished and Country Above Self,”, that poem reminds us Vanguards of who we are.

Among those Vanguards who have stood out as a leader is Vanguard Atty. Philip Sigfred A. Fortun, the founding partner of the law firm Fortun, Narvasa and Salazar.

“One learns to adapt quickly to his environment and the people in it,” he said.

Unlike other brods who said they were “shanghaied” into joining the Corps of Cadets, Brod Sig pointed out that he actually volunteered to enter COCC and become a cadet officer.

“I volunteered,” he said. “Why? For adventure and to experience something new.”

Looking back, his fondest memory as a cadet officer was the discipline he learned and the opportunity of wearing the uniform. If there were anything he didn’t like during his stint in the Corps, he quickly dispelled it. “I did not dislike anything much,” he stated matter of factly.

He acknowledges that there was one lesson he learned as a cadet officer that he still carried to this day. “Being on time and working ahead of schedules,” he said. “Knowing how people react to situations that they cannot change.” 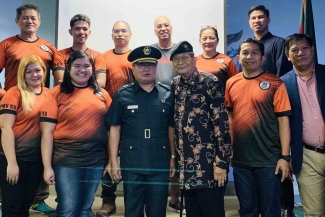 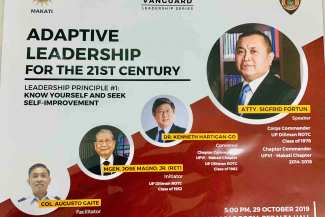 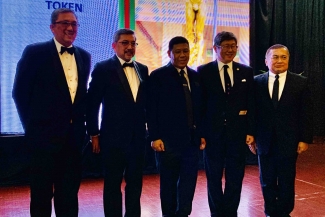 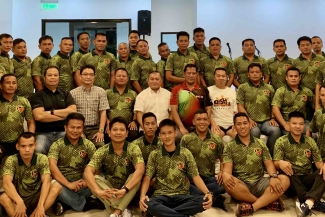 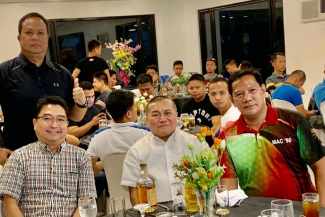 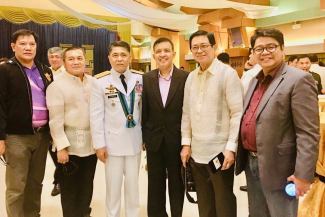 Brod Sig was in law school during another defining point in our country’s history, the assassination of Sen. Benigno Aquino Jr. He took this event in stride. “It did not affect me at all as I was a Vanguard and thus considered Ferdinand Marcos as a brod who needed support.”

It was another practical application of the lesson he learned in the Corps of Cadets: adjusting to events that he couldn’t change.

Brod Sig recalled his immediate goal after graduating from the Corps was to learn the ropes in order to become a good lawyer. To do that, he spent a stint as a researcher in the Batasan Pambansa. From that experience he learned that “public service is thankless.”

But he did acknowledge that the hours did allow him to “do much, including study law.”

As he proceeded to “learned the ropes,” he began to focus on different fields. “You go into practice because of opportunities. And you embrace it,” he said. But he did admit he that there was one field he liked the most. “Saving historical sites,” he said. This passion to protect Philippine history was acknowledged when BluPrint Magazine named him a “Heritage Hero” for his work in saving the Taal Basilica in 2013.

He believed that that two cases best defined him as a lawyer. And these were two cases that put him under the public eye. “These were the dismissal of 11 multiple murder cases against Panfilo Lacson and my participation in the only impeachment proceedings against a sitting President,” he said.

Today, Brod Sig is certainly one of the more publicly recognizable members of the UP Vanguard.

“Do good to be better,” Brod Sig said. “Give until it hurts.”