Approved and adopted by the U.P. Vanguard Inc. Board of Governors, 15 July 2015. 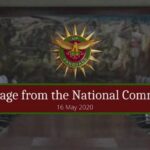 A Message from the National Commander after the 98th U.P. Vanguard Inc Homecoming and Convention

The National Commander extends his gratitude and congratulatory message the Brods after the 98th U.P. Vanguard Inc Homecoming and Convention. 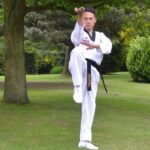 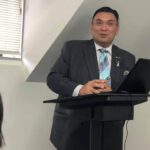 A Message from the National Commander

The National Commander addresses the Brods to give an update on the UPVI COVID-19 Response Initiative and to provide insights for our future. 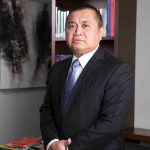 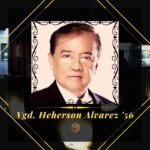 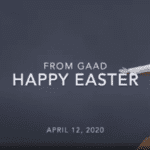 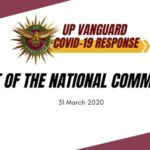 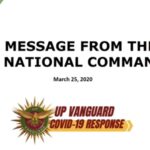