Jesus “Gary” S. Domingo is presently the Philippine Ambassador to New Zealand, and is concurrently accredited to the Cook Islands, Fiji, Samoa and Tonga.

Brod Gary joined the Philippine Department of Foreign Affairs (DFA) after passing the 1990 DFA Foreign Service Officer Examinations. His foreign postings included Philippine Missions to the United Nations (UN) in New York (1995-98) and Geneva (2007-13), and the Philippine Embassy in Riyadh, Saudi Arabia (1998-2002). In Manila he served as DFA Assistant Secretary for the UN and International Organizations, and concurrently as the Secretary-General for the National Council for UN Peace Operations (2013-16). He has been awarded the Gawad Mabini, rank of Dakilang Kamanong (Grand Cross) in 2016 for his work with the UN, Peacekeeping and International Disaster Assistance Coordination for Supertyphoon Yolanda.

In the DFA, Brod Gary established the agency’s Youth Engagement platforms – the Diplomatic League and the Youth Ambassadors (YAMBA).  His areas of expertise include the UN and Multilateral Diplomacy, Disaster Risk Reduction and Management, Humanitarian Operations, International Security, Peacekeeping, Disarmament and Migration affairs.

An active uniformed reservist, Brod Gary completed the Junior Army Reserve Officer Training Corps (ROTC) course in Honolulu, Hawaii, and continued with the UP Corps of Cadets in Diliman, being a member of the UP Vanguard Class of 1990.  He then received a commission as Lieutenant Colonel in the Philippine Marine Corps (PMC) in 2005, and also serves with the Philippine Coast Guard Auxiliary (PCGA), holding the rank of Commodore. He completed training with the Swiss Army Rescue Troops in 2007.  Among his assignments in the Armed Forces of the Philippines (AFP) reserve are with the Naval Reserve Command (NAVRESCOM), PMC Assistant Chief of Staff for Intelligence (MC-2), AFP Assistant Chief of Staff for Plans (J-5) and the AFP Doctrine Development Center.

An active member of the Order of the Knights of Rizal, Brod Gary is the Area Commander for New Zealand and Oceania.  He founded the Order’s DFA Chapter and Riyadh, Saudi Arabia Chapter – which spurred the development of the Middle East Region.  He also founded the Diplomatic Knights of St. Gabriel in New York.  He has been decorated by the Royal Houses of Portugal and Italy with the Orders of St Michael of the Wing and Saints Maurice and Lazarus, respectively, for his humanitarian and diplomatic work.

Brod Gary’s hobbies and interests.  He is married to the former Ma. Remedios G. Roxas, and they have one daughter, Julianne. 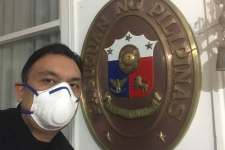 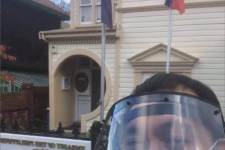 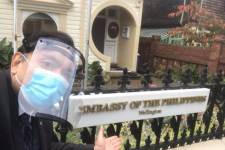 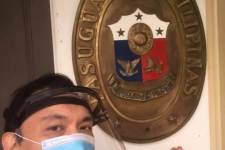 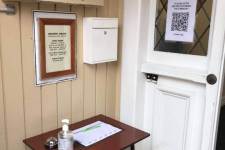 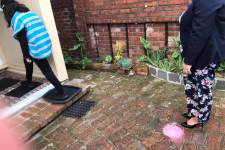 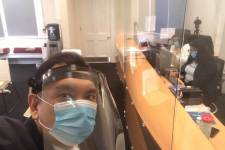 Q: How COVID-19 is affecting our community…

In my case I am in New Zealand, as the Philippine Ambassador. We have over 80,000 Filipinos in NZ, and in my other countries of jurisdiction – Cook Islands, Fiji, Samoa, Tonga, and of oversight – French Polynesia. While contamination and deaths are low, as the NZ is managing the crisis well – many Filipino OFWs have been laid off work, Filipino tourists and students are stranded, a large number of Frontliners combating the virus are Filipino Nurses, other Health Professionals and Caregivers.

Q: In our community, we are helping fight COVID-19 through…

In our community…in the Philippine Embassy (we) are helping mitigate the effects of COVID-19 on the Filipino Community through assisting affected Filipinos obtain assistance. As lockdown is strictly observed in NZ, we are mainly assisting via social media, emails and phone contact.

I can be guided by, and share the values of Duty, Honour and Country with which we have been instilled. My Vanguard background played a large part in my decision to enter public service. As a Vanguard I always seek opportunit(ies) to inspire and motivate other Filipinos to serve our fellow Kababayan and our Republic at home and abroad.

Q: I believe the UP Vanguard as an organization should….

– The UP DMST, Corps of Cadets and the overall National ROTC / CAT Programmes

– Harmony and unity among the AFP, PNP & PCG and its Reserves and Auxiliaries

– The values of Patriotism, Duty, Honour and Country in the UP System, and Youth and Citizenry in General

– Linkages with other related stakeholders in PH and overseas

– Professional networking among UP Vanguards

– Minimizing the usual inuman and sosyalan – which, quite frankly, have been the main features of UPVI activity (lately)

Get ready sirs and brods, our 98th UPVI Convention is just a week away!!! Download na ng Zoom app on your laptops, desktops, tablets or smartphones if you haven’t, and get your bottles ready! See you next week!

The nomination period closed earlier today. These are the 11 nominees for the 8 vacant seats of the UPVI Board of Governors in alphabetical order. Elections will open at 12 midnight up to 10pm (Manila time) on Saturday, 15 August 2020